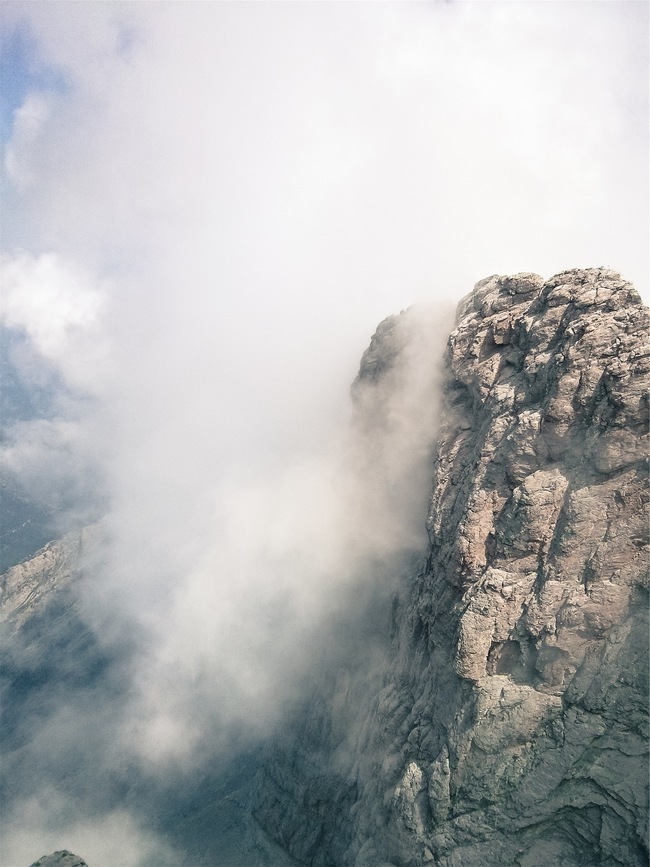 In parenthood, everything is fear. I live in constant fear. Maybe this is also true for life in general, but I’ve never been as fearful as I am now. And what does this cause? Ongoing stress.

As I write this, I’m sitting in a small hospital room. Unfortunately, my son is here (again) because of some pulmonary issues. Winter sucks. It’s not his fault but he’s definitely the one suffering more with all these problems. Nevertheless, being here is just a terrible reminder of how we let fear control our lives. Maybe not completely, but in some way or the other, fear is always there.

I envy my 8 months son. I do. For multiple reasons. But at the moment, the most important one is that he’s innocent and completely fearless. He can stand on top of a ledge in the tallest skyscraper without thinking about any consequences. Living (growing!) brings knowledge about everything that surrounds us. Knowledge brings fear. Knowing what can go wrong in any given scenario causes a small frightening sense that maybe, just maybe, in some occasion, our fears may come true.

Imagine a roller coaster. The bigger the better. If you never heard about roller coasters before and someone tells you it’s just a great ride, you’ll probably just go with it. However, if you read the news regarding roller coaster accidents, or worry about the poor conditions of its structure, or event just think for a fraction of a second about what you just ate and it will be quickly expelled from your stomach… the fear will be there. And you will think twice before hitching a ride.

The daily fears of parenting #

Ever since my son was born I think I’ve never been as fearless as before. There’s always something on my mind. Some kind of generic parent concern is always worrying me. Even when I’m asleep.
Although I’m the luckiest parent, I haven’t slept for an entire night in ages… Not even when I’m away. My son’s first 8 months were plagued with terrible nights. It’s the feeding. It’s the crying. It’s some kind of whim. Or the feeding again. It’s the coughing. So now, every single day, when I go to bed… there it is, there’s the fear. Fear that when I go to bed he’ll have another terrible night, constantly waking up throughout the night. I can’t relax in the living room, looking every other second to the audio feed from the bedroom. Is he awake? I don’t even lie down in bed as I used to before. I just stay in the most practical way to get up as fast as possible when something is wrong in the middle of the night.
And then there’s the fear that when I wake up he’ll be ill again, starting over another recovery process. It’s terrible to live like this (and I’m the relaxed parent!).

I’m not really anxious about my son’s future. I honestly believe that he must have lots of experiences and I just hope I can provide him with enough opportunities to be a happy kid. Yet, I can’t stop worrying about how any risk I take personally may affect his future. From big things, such as changing to a new job or moving to another city, to smaller stuff, like planning this year’s vacation, what are the consequences on my son’s future happiness?
What if we move to a new city and he hates it there? What if we go to a big city and he’ll be in the middle of constant chaos? And if we move to a smaller city, won’t he have less access to experiences? And now that he’s always sick, is it that good to keep him home? Maybe taking him to the pool a few times will make him more comfortable in the water and it may save his life when he’s a teenager diving in the river with his friends… And I can go on and on and on…

Maybe this is parenting: Learning, the hard way, that there are a million harmful things in the world that we cannot control, but that we have to accept and cope with. And trust me, I’m a relaxed guy.

Vroom with a View.

30 years ago the original Macintosh was unleashed. Despite the ensuing chaos at Apple, we cannot ignore the revolution it brought to the idea of a “personal computer”. Without the original Mac and all its children, we would probably... Continue →